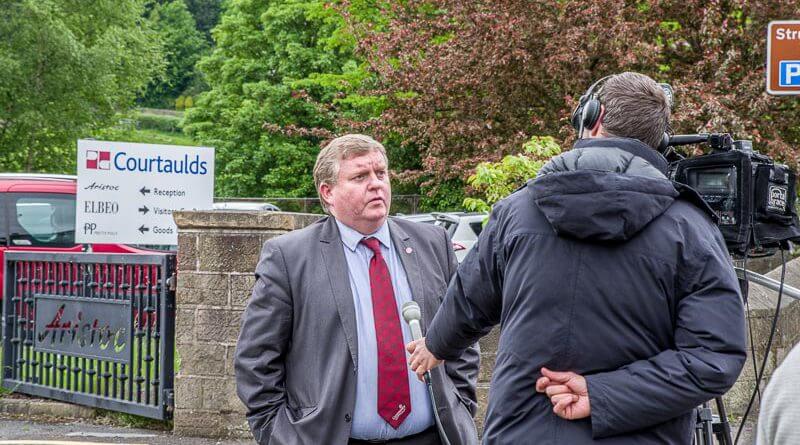 Today at 1:50pm employees of Courtaulds of Bridge Foot in Belper were called in to a 2pm meeting in the staff cafeteria, which many expected to be about their union’s renegotiation of their terms and conditions.  It was not.  Staff, many of whom have worked there for decades, were informed that the company had gone into administration and that they were immediately dismissed with no pay.

Approximately 320 jobs have been lost from the Belper site, with others being lost in other parts of the UK, bringing the total to about 380. 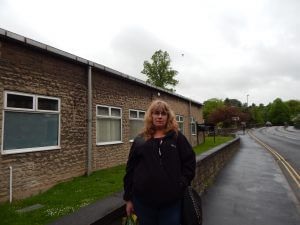 Lita Cheetham, who has worked at Courtaulds for 39 years said that she was “Shocked, totally shocked.  Don’t know what to think or do. I’m in my 50s and I have to start a whole new life.”  Lita had to break the news to some employees and told us that some were in tears.  “It’s another factory gone.  There used to be loads of factories here.”

The economic impact of the massive redundancies on Belper is yet to be seen but as Ben Bellamy, Labour Borough Councillor pointed out, ” There’s only a couple of large employers here. The other being Glow-worm. It’s going to affect the whole town. It’s not 350 people, it’s 350 families who will now be worrying about their children, rent and mortgage payments.” 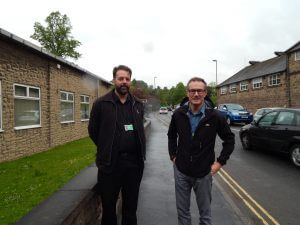 Ben Bellamy, from the Borough council, and John Owen, from the County Council, were both on site talking to employees and handing out a welfare advice phone number, to help those who may need it.

Employees are to go in to Courtaulds tomorrow morning when Jobcentre Plus, the union reps and accountants will all be on hand to help them with their sudden unemployment.  A member of the administration staff indicated that she was going to “try to get them their money.”

Courtaulds, which is nearly 100 years old, is currently owned by the Hong Kong company PD Enterprises Ltd.  Dilip Dattani, joint Administrator, has claimed that the liquidation of BHS is responsible and that sales (of Aristoc tights and Pretty Polly socks and stockings) have dropped lately.

Courtaulds and RSM have been spectacularly closed and hostile about what has happened.

Staff remaining at Courtaulds this afternoon refused to speak to the press and one was immediately physically aggressive in response to my arrival.  They also instructed fired staff who were leaving not to talk to the press.  Patrick Ellward, joint Administrator (with Dilip Dattani) for RSM Restructuring Advisory, provided press with a phone number for their press officer but refused to comment at all.  That phone number is deliberately uncontactable, the message stating “The person you are calling isn’t accepting messages right now” for the past few hours.  The gulf between those who kept their jobs and those who didn’t was illustrated by a conversation which I overheard whilst waiting, with staff members talking about having “drinks upstairs”, keeping the canteen open and planning a meal out as the last members of fired staff were leaving:

The Labour councilors for Borough and County had this to say on the matter and an offer of help:

“Clearly this is devastating news for all concerned – workers, their families and the whole town. If what I am hearing is correct, that people have been turfed out of jobs that they have held for decades and told that they will not receive wages that are owed, then I am frankly disgusted.

The whole town will need to rally round and support those who have lost their jobs in such a cruel and despicable way. “

“We will need to provide whatever support we can, the county welfare rights service will be prepared to offer as much help as possible and can be contacted on 01629 531535. My heart  goes out to all the workers and their families and we will do all we can to help.”

“This is absolutely devastating news for all the workers at Courtaulds. Our thoughts are with our members and those affected in the wider community in Belper. This news has come as a shock to everybody. We had been working closely with the local management to overcome some of the current challenges facing the business but imminent administration was never part of the discussions. We are already in contact with the administrators and we will be looking for further urgent discussions to understand the full implications for the workforce and any future of the business.  We will be supporting our members through the coming days and weeks.”

Update: Many news outlets are reporting 350 job losses, the figure is 320, 30 staff are still employed by a sub-division – CUK Clothing Ltd.

4 thoughts on “Courtaulds Closes With No Notice: 320 Jobs Lost”