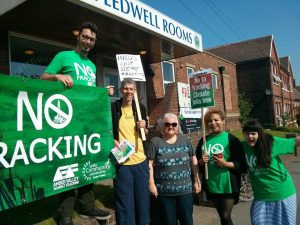 Amber Valley Against Fracking and Frack Free Nottinghamshire organised a peaceful protest outside the Speedwell Rooms to draw attention to the cause.

Nailed previously reported on the dangers of fracking when local MP Pauline Latham voted to allow fracking in National Parks including the Peak District and World Heritage Sites including Belper (our other MP Nigel Mills voted for greater restrictions in these areas).

Since then leaked government documents have revealed plans to force fracking onto communities without their consent.  The 10 page plan, first revealed by The Telegraph, detailed how councils would be stripped of their powers to block fracking by the government classifying fracking as “nationally significant infrastructure” if they keep blocking it.

People are naturally scared and angry, especially since the one attempt at fracking in England caused earthquakes in Blackpool.

The small protest peacefully confronted those invited to the meeting, half of whom revealed that they were already against fracking.

The protestors arrived early and stayed until everyone had left.  They received a great deal of support from passers by.  They received no abuse and the two police officers present had nothing much to do.

Lee, the founder of Amber Valley Against Fracking (AVAF) told us,

“AVAF are committed to keeping Amber Valley frack free. We are organising demonstrations, awareness days and attending local council meetings to ensure our local area stays free from this extremely environmentally damaging procedure.”
If you want to get involved in the fight against fracking, you can join the AVAF Facebook Group or just turn up for the next meeting which is on Wednesday 25th May at the Post Mill Centre in South Normanton at 7pm.  the agenda includes this protest and an awareness day which AVAF are organising. 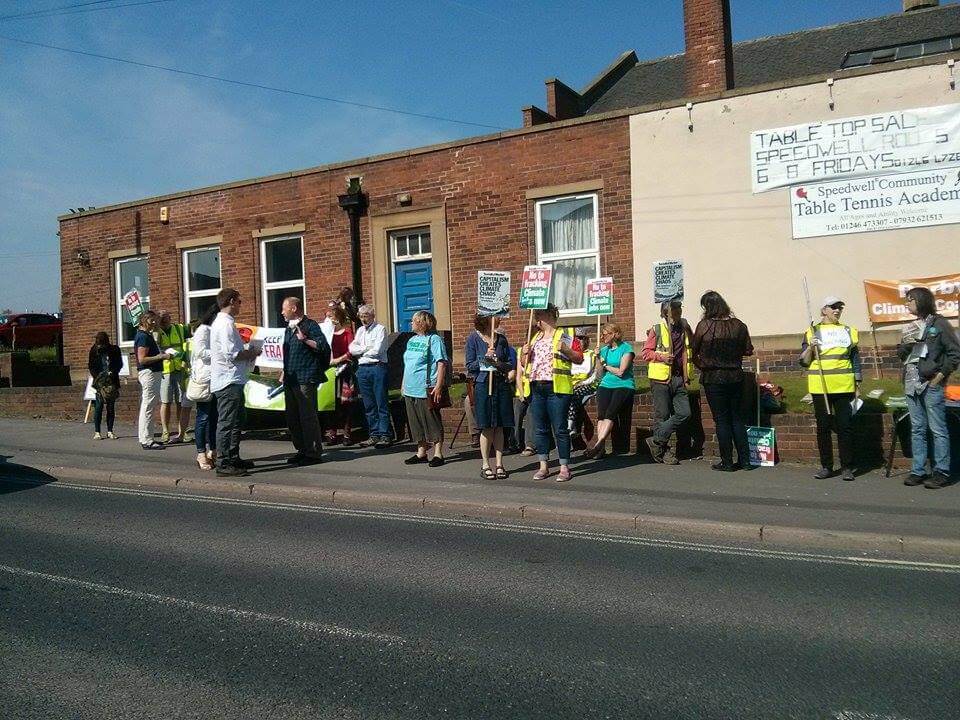 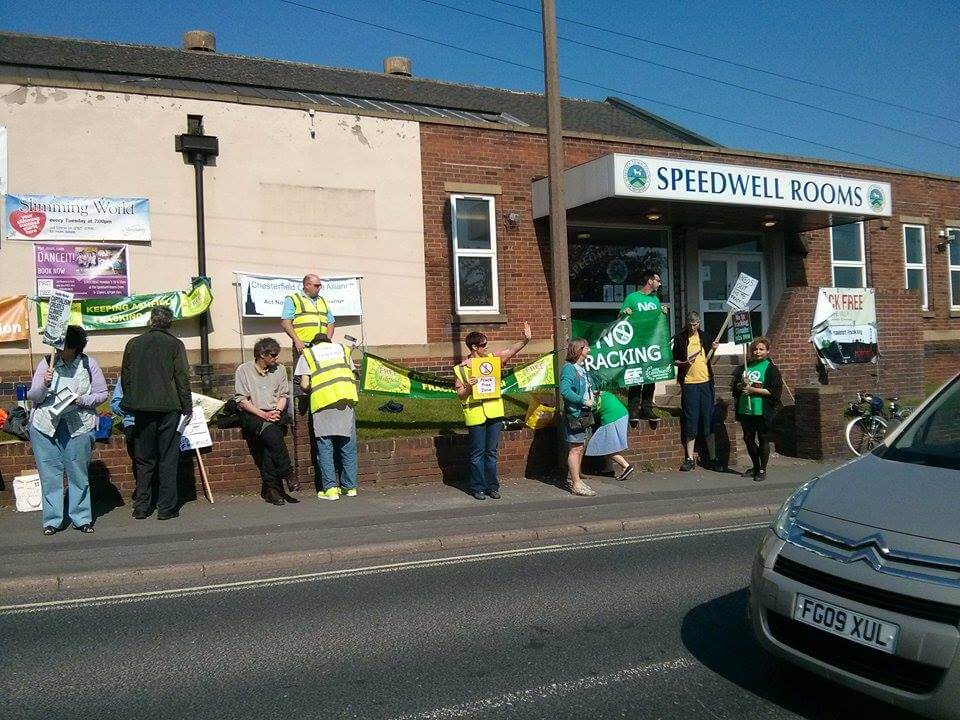