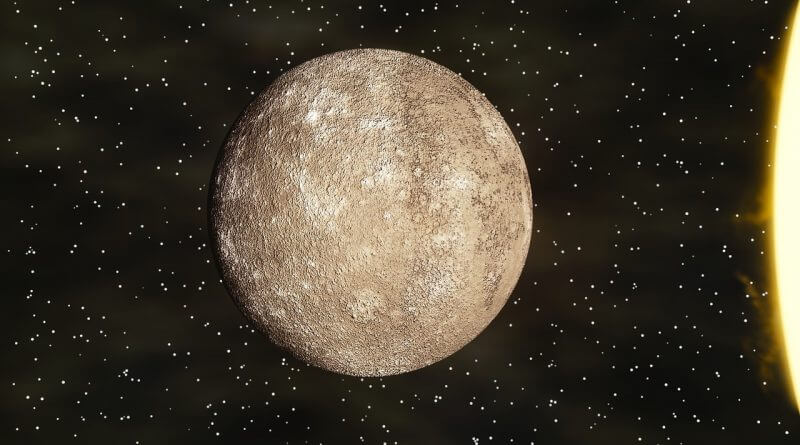 The planet Mercury will transit the Sun on Monday the 9th of May. Planetary transits of the Sun are relatively rare events and the last time Mercury transited the Sun was ten years ago in 2006.

The transit will begin at 12.12pm and Mercury will take seven hours to move across the surface of the Sun, last contact taking place at 19.24pm. The Big Energy Project and Transition Belper will be observing the event live, at the Strutts Community Centre, starting from 11.45 am.

What is a Planetary Transit?

A Planetary transit occurs when the disc of a planet appears to move across the surface of the Sun. The planet is silhouetted against the brightness of the Sun’s disc, appearing as a small black dot. As there are only two planets between the Earth and the Sun we can only observe the transits of Mercury and Venus. In order for a transit to be seen the planet has to be in-between the Earth and the Sun and the three bodies have to be in line with each other, a relatively rare occurrence. On average Mercury transits the Sun about 13 times every century and the last transit of Mercury was ten years ago.

The first thing to consider is that you should NEVER look directly at the sun in any observation and to look through a telescope or binoculars at the Sun is extremely dangerous and will result in severe eye damage, even blindness.

Under magnification Mercury will appear as a very small black dot, slowly moving across the surface of the Sun. The diagram below gives some idea of the size of Mercury in relation to the Sun (the times given are in Universal Time, add an hour to convert to British Summer Time). 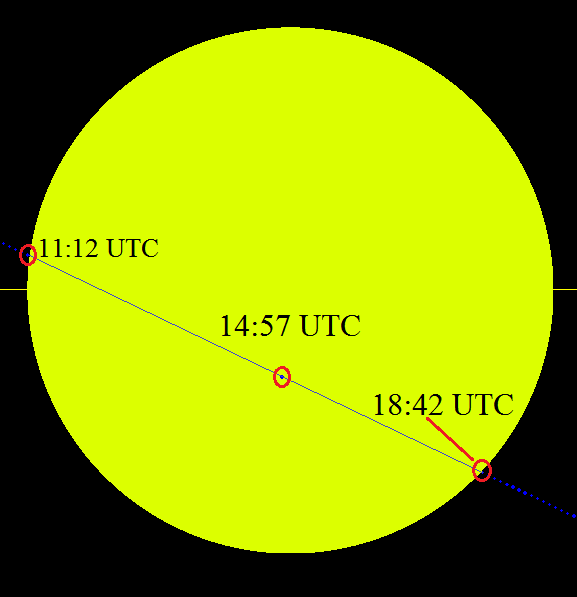 How can I see the Transit of Mercury?

At Strutts Community Centre, Derby Road, Belper: The Big Energy Project’s Cup of Tea Challenge will be holding a Transit Party in the gardens of the Strutts Community Centre. We will be using the projection technique in an attempt to see the transit live. There will be binoculars and a small telescope onsite. We are also bringing along Kelly kettles so we can make teas and coffees. The link for the Cup of Tea Challenge is here:

The event will start at 11.45 am (25 minutes before first contact) and will continue until 4.00 pm. If you have a telescope suitable for viewing the Sun you are welcome to bring it along.

By Solar Projection: The safest way to observe the transit is to project the image of the Sun through a refracting telescope onto a piece of white card. The image of the Sun will appear as a white disc and Mercury as a silhouetted, small black dot. This link gives good instructions on how to set up a telescope for a solar projection:

Online: The excellent Slooh Observatory will be covering the event live at: