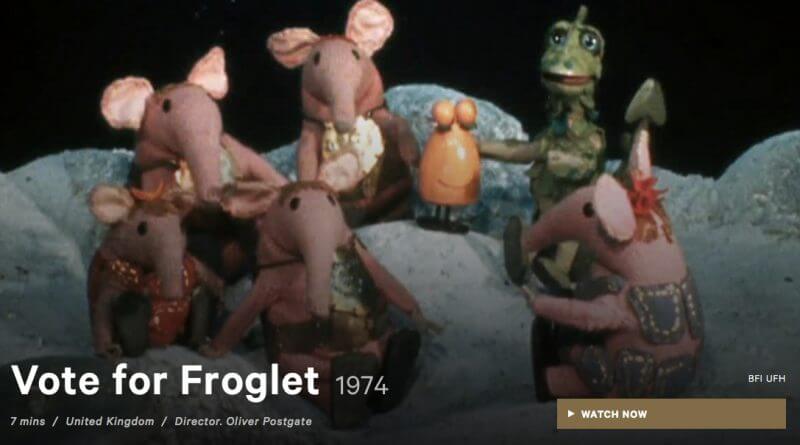 On a small blue planet far away, it’s polling day for the Clangers! Coinciding with 1974’s general election, this episode sees narrator Oliver Postgate trying to persuade the ever-popular woolly creatures of the merits of party politics. But the Clangers aren’t taken with the prospect of a society ruled by one group – even though the Soup Dragon stands for election on a ‘free soup for all’ ticket.

Oliver Postgate provides the voice of the narrator who, uniquely in this episode, engages in conversation with the Clangers. Their responses were adapted from the written script and played on swannee whistles by Stephen Sylvester and Oliver Postgate, as usual, while the music was composed by Vernon Elliott. This was the final in the original series of The Clangers which ran for 27 episodes from 1969-74.

Courtesy of the BFI