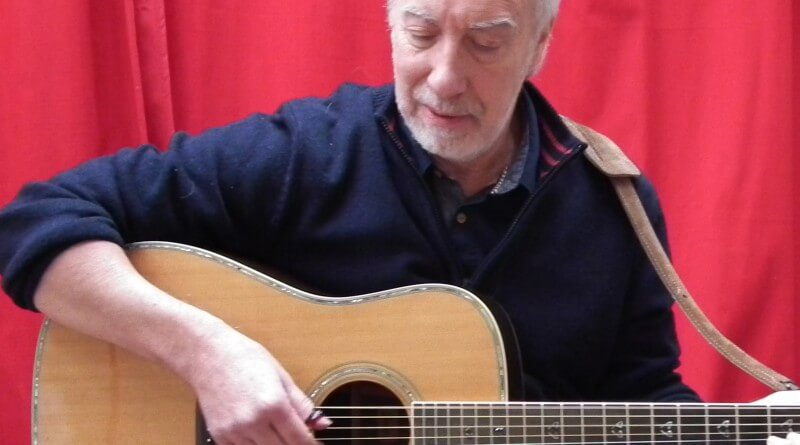 For most of my adult life I travelled the length and breadth of Britain to tell stories or sing songs, or both, to people in clubs, arts centres, pubs, libraries, schools… just about anywhere that people meet. It’s been a great career. For the past few years I’ve been allowing it to slow down. I don’t chase work any more but if someone offers me a gig I’ll probably do it. This means that most of my work has become more local. Gone are the days of Monday in Durham, Tuesday in Cornwall, Wednesday in London and so on. I don’t miss the travelling, but I do miss the performing if I don’t do any for a while. It’s my drug of choice!

One of the things which has taken the place of gigging is writing. I never intended to become a writer but a few years ago I was asked to write a book of Derbyshire Folk Tales for The History Press and I found I really enjoyed it. As a follow up I did Nottinghamshire Folk Tales, and the same publisher has just released my third book, Where Dragons Soar and other animal folk tales of the British Isles. It’s a book of stories from every nook and cranny of these islands from Orkney to the Isle of Wight—all kinds of animals, both real and imaginary, expected and unexpected. You would probably expect to find stories of cats and dogs, cows and horses (although surprisingly I found very few horse stories) foxes and hares; but there are plenty of tales of wolves and bears too and it’s been a long while since they lived in Britain! There are also birds and fish—even a tortoise and, as the title suggests, there are legends and stories about mythical creatures—dragons, the Loch Ness Monster, werewolves and selkies (those magical figures from Celtic legend who are human when on land but seals when in the ocean). 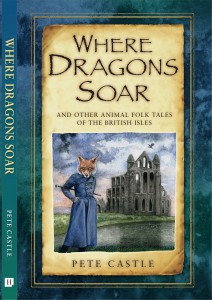 The book has only been out for a few weeks but it’s getting good reviews and positive reactions from those who’ve already bought it. Over the spring and summer I’ll be working hard to plug it—particularly at the Belper Arts Festival and other local events.

Most of the stories in the book are traditional tales which must be hundreds, if not thousands, of years old. But I’ve made a point of including a few more recent ones too. The stock of traditional tales always needs feeding as some do get lost. Here is a very short modern one which I found circulating by email:

Jack was a city boy, but when he grew up he moved to the country. He bought himself a nice house with a piece of land and thought he’d have some animals to go on it. The first animal he got was an old donkey which he bought from a farmer for £100. The farmer said he’d deliver the donkey the next day. (As I said, Jack was a city boy, I’m sure he could have got an old donkey for a lot less—even for nothing!)

The next day, the farmer drove up and said, “Sorry, old son, but I have some bad news for you. The donkey died.”

Jack replied, “Well, just give me my money back, then.”

“I can’t do that. I’ve spent it already” the farmer said.

“What do you want a dead donkey for?” asked the farmer, puzzled.

Jack said, “I’m going to raffle him off.”

“You can’t raffle off a dead donkey!” said the farmer.

“Sure I can. Just watch me. I just won’t tell anybody he is dead.”

A month later, the farmer met Jack in the village and asked, “What happened with that dead donkey?”

The farmer asked, “Didn’t anyone complain?”

Jack grew up to become the chairman of a multi-national company.

For the last two Belper Arts Festivals I’ve run a project called Build A Band, which was just that. We got together a group of 15-20 people of varied skills and styles who played a variety of instruments and over a period of 6 weeks we melded them into a band and finished off with a performance. It worked very well. Everyone enjoyed it and I found it very satisfying. But it’s a tremendous amount of work and takes a lot of organising. I decided that twice was enough so this year I am doing something very different. There will be some music but most of it is storytelling.

Most of the stories I tell are traditional but there are a few which are personal or family stories. (Personal stories are very big on the American storytelling scene where hardly anyone tells traditional tales.) I’ve also researched my family tree off and on over several decades. It’s one of those things which everyone seems to do when they reach a certain age. Some just trace the names and dates but I’m sure most people must also come up with interesting facts and anecdotes. I know I did. But what do you do with them then? Forget them? Scribble them on a piece of paper which later gets lost?

On May 24th I’ll be running an afternoon workshop at Strutts where I’ll encourage people to put their stories into a more memorable form. This could be a written story or a story which they can tell. The stories of your ancestors are an important learning and cultural tool in non literate societies. So come along with the outline facts and we’ll make them into a story which you can tell your children or grandchildren and keep the memories of your ancestors alive. In the evening I’ll do a performance which will include both personal and traditional tales.

Over the course of the month I’ll also have a stall at the Festival Book Fair at the Lion Hotel and be appearing at Belper Goes Green Festival. (That will be mainly song.)

The Derwent Valley World Heritage Site Walking Festival also happens around this same time and once again I’ll be leading a story walk. If you don’t know what a story walk is it’s just a walk with occasional stops to listen to a story. This walk is called Up the Dark, Dark Lane and it is from the Hollybush in Makeney to Belper Market Place. It’s a distance of 3 miles max and is aimed at families (children over about 8) although unaccompanied adults will be welcome too. The stories are not necessarily true stories but are suggested by the landmarks or the atmosphere of the places we pass.

One thought on “A Busy Spring For Belper Folk Singer, Storyteller And Author Pete Castle”