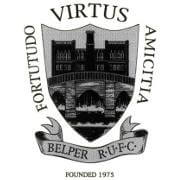 Belper Rugby Club  is looking for new young players to join their training.

They are especially looking for children in year 8 at school (aged 12-13).

They are asking, “Would you love to play for a team? Are you the last one to get picked because you don’t look the part? We need fast runners and not so fast runners.”

They would like anyone who would like to try out come down to the Rugby Club, next to Babington Hospital, this Sunday (20th March ) from 10.30am until 12 noon.

If you are over 9 years old, head down to Belper Rugby Club ask for Nikky, who will have a chat about being part of the club and take you for a look around. They hope that by September they will have enough for a full under 13s team, which will be the first time that the club has had team for this age group.  So, you are being invited to be part of Belper’s rugby history, the first under 13s team. 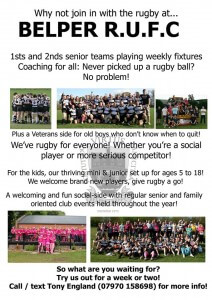