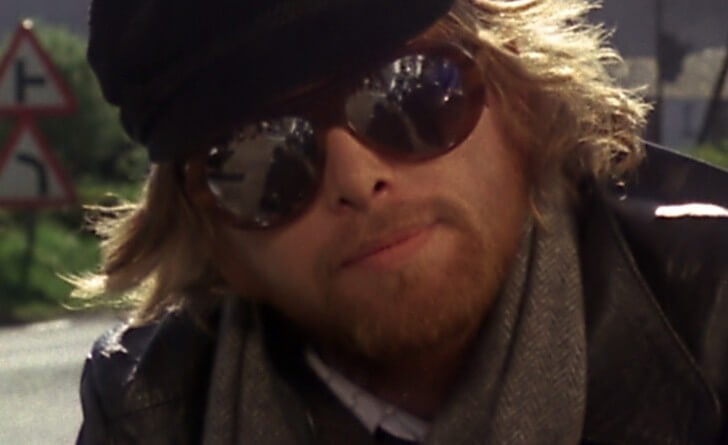 The One About The European Zombie Film, Set In The Lake District, That Was Shot Just Down The Road…

It’s a given that our part of the world isn’t quite as high on film-maker’s lists of Must-Visit locations as, say, Paris, New York or London, but at least when people do seek us out it’s because they actually want to be here.

Well, most of the time, anyway…

Jorge Grau is a Spanish Writer and Director. He began his career in the Sixties making dramas and documentaries that can fairly be described as “Arthouse”. He soon came to realise that there was actually quite a lot to be said for making money rather than merely getting good reviews and winning prizes. To this end, his career took a turn in the early Seventies from producing dense, multilayered dramas such as “Acteon” (a prizewinning modern adaptation of Ovid) to making “The Legend of Blood Castle” (aka “The Female Butcher”) which was neither adapted from Ovid nor likely to win many prizes.

It did, however, make a gratifying amount of money.

Sensing a trend, Jorge quickly followed on with the rather accurately-titled “Violent Blood Bath” – which made even more money.

Which brings our story to 1974. Although this new trend in his oeuvre had found a good degree of success in the grindhouses of Spain and Italy, Jorge realised that the international release circuit was where the real action was. To this end, he raised Italian finance and went into production on “No Profanar el Sueño de Los Muertos” aka “Do Not Profane the Sleep of the Dead” / aka “Let Sleeping Corpses Lie” / aka “The Living Dead at the Manchester Morgue” / aka “Don’t Open the Window” / aka… (honestly, this could go on for some time – it was eventually released under about fifteen different titles…).

“No Profanar…” stands as one of the earler attempts at a “modern” Zombie movie, following the model of George Romero’s enormously lucrative (and critically admired) “Night of the Living Dead”.

The story goes like this…A young couple journey from Manchester to the Lake District and are suspected of a series of violent murders which, it turns out, are actually the work of zombies, reanimated as a side effect of top secret experiments being conducted by the Department of Agriculture…

So? You think “The Hateful Eight” was any more believable?

His Zombie-themed opus would be filmed (largely) in English with an international cast. Our hero was Anglo-Italian leading man and singer Ray Lovelock. For the role of the investigating detective, the producers snagged distinguished American actor (and triple Oscar-nominee) Arthur Kennedy. Unusually, for a low budget Spanish/Italian production of the day, the whole thing would be filmed on location, in England’s beautiful and spectacular Lake District.

Or, indeed, our very own Shottle.

Okay, that’s not quite fair. Levens in Cumbria appears briefly. Possibly more briefly than Shottle – which can be spotted during a roadside sequence. Blackbrook, Turnditch, Belper Lane End and Via Gellia can be seen also; along with Dovedale, Castleton and Hathersage. The one thing that becomes pretty noticable, pretty quickly, however, is that – for all the talk of the “Lake” District – one geographic feature that’s notable for its lack of screen time is  any form of lake, mere or even a large pond. (The Dovedale Stepping Stones get a decent airing, sure, but they’re hardly Lake Windermere.)

“No Profanar…” is the best tourism advert for Cumbria ever filmed in Derbyshire. So what happened?

Anyone who’s ever had anything to do with low-budget filmmaking will recognise the universality of the problem: Weather.  Well, weather and a cheap hotel deal in this case…

Some years ago, I met an actor who had worked with Jorge Grau during the 1980’s. David Warbeck (a New Zealander who found success in Italian films) was an admirer of his work and had heard stories of the “No Profanar…” shoot which were at odds with the rather more anodyne version related by the Maestro himself in a 2000 interview.

The Production was originally to have been based in Barrow in Furness, with filming scheduled for the early Spring of 1974. Someone in the Cumbrian Tourist Board hadn’t got the memo, however, and the weather was appalling.  After only four days of location shooting they found themselves three days behind schedule. The shoot was endangered almost as soon as the camera had rolled, and new – drier – locations were sought as a matter of urgency.

News of an impending change of venue wasn’t only of concern to the film’s producers, it was also a worry to the management of the hotel in Barrow which had been block-booked for several weeks by the Film Unit. Luckily for the hotel company, however, they were part of a chain. Another in the same group was the Pennine Hotel in Derby, and a sweetner in the form of waived cancellation fees and a substantial discount further south was duly offered in order to keep their valuable trade.

Beyond a rocky start, the subsequent production of “No Profanar…” seems to have gone smoothly and the film – which has not only gone on to develop a minor cult following, but is actually rather good – was another success for Jorge Grau.

It is, of course, enormously pedantic to make an issue of Derbyshire standing in for Cumbria. After all, no-one had anything but praise for David Lean’s use of Spain to double the snowy wastes of the Russian Steppes in “Dr Zhivago”, or Sri Lanka playing Burma for “The Bridge on the River Kwai”. East Anglia makes for a convincing Holland in the forthcoming “Tulip Fever” and Lincolnshire has happily mimicked America for “Return to Oz” and “Revolution” (in which case it was almost infinitely more authentic than Donald Sutherland’s “Derbyshire” accent. Picture a horrifically drunk Ted Moult doing a bad impression of John Wayne and you’re still only scratching the surface of that one…)

“Location-Faking” is part and parcel of filmmaking. Belper itself has been on the recieving end of it. Ken Russell’s “Women In Love” is the most celebrated film shot in our town. That’s the one, of course, in which the Derwent at the River Gardens becomes – through a deft edit – the drained lake of Elvaston Castle.

At least this is one more lake than you’ll get to see in a film ostensibly shot in the Lake District.