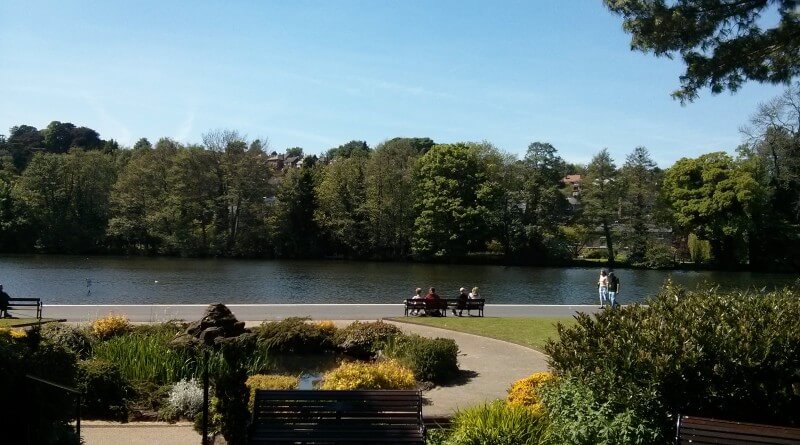 I attended the Town Council Meetings on Tuesday, 8th March as I do most times they meet.  I am always surprised how few people go along to see what their elected representatives are doing and how they are spending our money – especially given how often I hear people complain about ‘them’.  On Tuesday, as is usual, there were half a dozen of us observing the meeting where decisions were made about our town.  I say ‘where decisions were made’, but actually all of the town councillors are Conservatives, they have a pre-meeting, so I imagine that most of the decisions have been made before they sit around the table in front of the public.

Whenever I tell someone that I live in Belper, they invariably say something along the lines of ‘Oh, yes, Belper, it’s a fabulous place for the arts’ or ‘yes, we came along to an arts/music event there, it’s really great to find a place that champions the arts.’  I’m not from Belper, I live in Belper by choice.  One of the things I love about Belper , and why a returned here to live, is the way that there is always something ‘arty’ going on.  A music festival, an arts event, an exhibition in Number 28, a play at the Strutts, lots and lots of other things happening right here on our doorstep.  None of these things happen by accident, someone has to organise them and arrange funding.  Arranging funding for Belper events is likely to mean the request of a grant from Belper Town Council.

I sat and listened, thinking that the council were obviously not as interested in the arts as I thought they were, or that they were in a particularly ungenerous mood.  They even turned down a request for support from Accessible Belper to assist with a scheme to provide chairs for people shopping in the town.  This was discussed and, because the request had come from what looked like a private care company (the secretary of Accessible Belper works there, but the company is not involved with Accessible Belper) the discussion was along the lines that a private care company should not need funds from the council, and that they didn’t want to be involved in this.  Having seen a couple of the town council members at Accessible Belper meetings, they must know that Accessible Belper is not affiliated to any private company, and that the request was to make the town more welcoming for people shopping here – although no-one spoke up to say that the council should assist with the scheme.

Anyway, as I say, I thought they were all just feeling particularly ungenerous – until it came to decisions about the celebrations for the Queen’s upcoming 90th birthday.  When this item was discussed, there were lots of warm words and positive noises.  Not only that, but the funds that could be used for preparations for this event were increased – so that the committee could spend up to £2500 on the celebrations.  Now, I am not pro or anti the Queen – I don’t have strong feelings either way.  But to turn down specific requests for support from people in Belper, to then commit to spending up to £2500 on celebrations on one day for the Queen’s birthday just does not seem right.

The town council meets each month, the dates and times are on the website http://www.belpertowncouncil.gov.uk/meeting_dates.php  You are allowed to speak on any matter relating to the business on the agenda.  If you want to make sure your voice is heard, go along to the meetings and let your elected councillors hear your views.

10 thoughts on “Opinion: Belper Town Council Not in a Generous Mood – Except to Celebrate the Queen’s birthday”