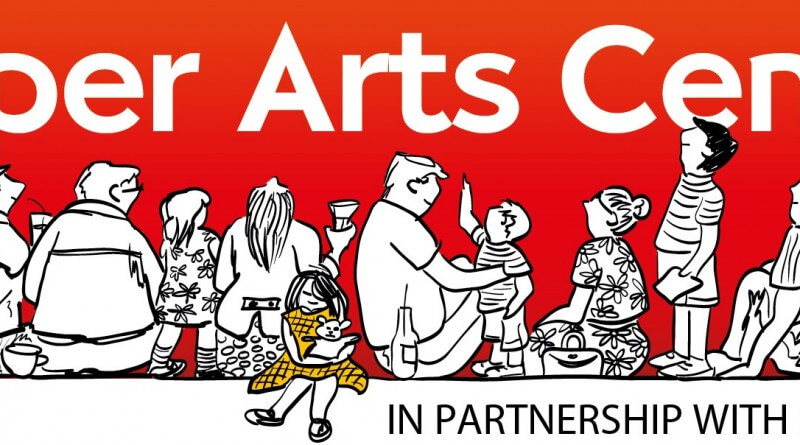 On Friday evening (29 Jan) a good number of interested parties attended a meeting to discuss the possibility of a new Arts Centre for Belper. The open invitation had come from George Gunby, Chair of Belper Arts Festival. (See our previous article here.)

There were displays showing the proposed layout of the building which is adjacent to Slenderella on Queen Street. It showed two mezzanine levels and a multi-purpose area on the ground floor that could seat 162, or accommodate around 200 standing.

George, who is leading on the project, headed up the meeting accompanied by Suzanne Parnell, Treasurer of the Belper Arts Festival and Kelly Nixon who organises the Belper Arts Trail.

The background was given:

Gary Spendlove, who owns the building, contacted George around six weeks ago offering the building for local arts use. Since this initial offer, George has pro-actively talked to people in our town about how they think the building could be used.

George stressed that the idea is not to cut across the great work being done by existing facilities such as No.28, Fleet Arts, the Strutts Centre and church halls etc. He commented that, in the last four years, he has seen a notable desire for an Arts Centre in our town. The need was identified as being something between the kind of accommodation currently available in the Strutts Centre and in local schools. Elements that were appearing at the top of people’s agendas were:

As a community-spirited champion of Belper, Mr Spendlove’s offer is a generous one, as he could easily find an alternative use for the building. However, George made it clear to those attending that the facility would have to generate revenue, and stand on its own two feet financially.

George’s reason for convening the meeting was to gather views and try to ascertain whether the demand would be there.

Concerns were expressed from local residents around potential parking and noise pollution generated by the facility. George reassured people that their views would be taken into account. This would only be an issue if the facility was used for larger-scale events such as cinema or performances, though this wouldn’t necessarily be the case.

It was the general consensus that it would be necessary to form a clear idea of exactly what activities and facilities would be on offer, and keep these complementary to what existing providers were doing. The view was expressed that there could be a danger in trying to do everything and missing more specific needs/gaps in provision.

There was much input to the discussion from representatives of theatre groups. It was made clear that raked seating was not a possibility in the multi-purpose space planned. The view was aired that it might be better to try to use existing facilities more effectively rather than opening a new one. However, the Strutts Centre is stretched when accommodating performances over blocks of time, and a trustee from Strutts commented that they would love to be able to have a proper theatre facility within their building, but currently all the effort of its volunteers is concentrated in keeping the building going. 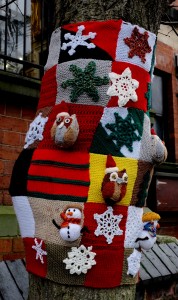 An alternative vision was clearly of interest in the form of an arts ‘hub’ where local creative people could be focussed, facilitating collaborative working and improved communications across the Belper arts scene as a whole, and providing exhibition and workshop space. The matter of the difficulty of managing such a facility was also discussed, together with the costs of using professionals.

George made it clear that he had not begun the process of looking into possible funding sources; it was important to be certain what would work best for Belper first. There was no business plan/business model or idea of whether the initiative might be commercial or not-for-profit at this stage. Representatives of other arts projects in Belper gave their reality checks on how difficult it is to sustain these initiatives financially, especially where money has to be found for buildings.

The discussion then diverted onto the clear need to improve communications among artists, creative people and arts groups in Belper. A need to centralise arts events and facility information was identified. The meeting heard that Vision Belper now has the Town Clerk funded to generate events information – though this was with a broad town focus incorporating the need to connect businesses and reduce duplication of effort. Representatives of Nailed were there to offer our platform and our events calendar – which is to be developed into something much more comprehensive in future. ‘Arts Beat’, which covers all of Derbyshire was also present – an endeavour dependent on the hard work and dedication of one individual. It was stressed that ‘Arts Beat’ could only include listings that people sent in.

The discussion around the need for more communication and collaboration and the importance of good marketing brought people back to the idea of an arts hub.

A representative of the Neighbourhood Plan (NP4B) was present. He pointed out that their own consultation process included asking Belper residents what facilities they would like to see. It was seen as sensible to include NP4B representatives in any future discussions about a possible Arts Centre.

Many views were aired and voices heard, but it was finally necessary to re-focus on the immediate matter at hand of the offer of this particular facility at this point in time. George put forward the idea that, if theatre/ performance space was not a priority, then the vision could be for something else, such as education, audio-visual, and accessible arts activities. But again, it was stressed how important it was to get the brief right.

The meeting finally concluded with a decision to undertake a more focussed consultation exercise posing specific key questions, the main one being ‘How do we bring together all the arts people in Belper?’ The fact that so many artists and people involved in creative endeavours in Belper had attended was thought to be a very positive step.

Nailed will keep you informed of developments.

3 thoughts on “Proposal for a new Arts Centre for Belper”