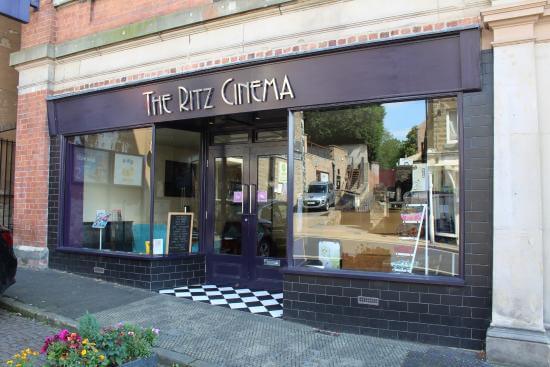 I’ve seen two films at the Ritz recently. The first was ‘Ice and The Sky’, a French film charting the lifetime’s work of 82-year-old climatologist, Claude Lorius who first visited Antarctica 60 years ago.

It was there that he made the discovery that summer and winter snow crystals were distinctly different and realised that snow fall over time could be tracked through taking core samples through the ice. Then they discovered that air and other particles were trapped in the ice and this, in itself, could tell the story of climate change over hundreds of thousands of years.

The samples collected contained ‘light’ oxygen-16 and ‘heavy’ oxygen-18. As it takes colder temperatures for water vapour containing the lighter oxygen isotope to turn into snow they realised that the ratio of oxygen-16 to oxygen-18 could be used to gauge global temperatures at the time the ice was formed. They also discovered a link between carbon dioxide and temperature as well as being able to precisely pinpoint atomic and nuclear weapons testing and their use to destroy Hiroshima and Nagasaki. Such tests were immediately moved underground because of this discovery.

Claude Lorius and his teams drilled down over 3,500 metres and extracted ice samples going back 400,000 years. Their temperature analysis was shocking; global temperatures have been rising at a faster rate since the industrial revolution than at any time in the last 400,000 years. Evidence of man-made climate change is beyond question. The increasing frequency of extreme climate events around the world is giving us a glimpse of what is to come if the world fails to act.

We have seen David Cameron go to Paris and preach to the world; asking what our grandchildren would think if we failed to act. In the face of this his Government has attacked renewable energy from every angle, encouraged even more oil exploration and given tax breaks to frackers who want to expose the world to yet more greenhouse gas emissions whilst poisoning our water and causing earth tremors. Untapped fossil fuels should be left in the ground if we are to stop climate change in its tracks.

Cameron, Osbourne, Rudd, the Government, the Conservative Party are simply not taking heed of public opinion polls showing an ever increasing opposition to fracking and ever increasing support for renewable energy.

Government’s ignoring the will of the people was the subject of my second excursion to the Ritz. ‘Suffragette’ tracks the radicalisation of laundry worker, Maud from being a disinterested bystander to being beaten and locked up for being in the wrong place, being shunned by her family and neighbours to the realisation that the Suffragette slogan of ‘Deeds not Words’ was the only way to bring about change.

Being without a voice is a powerful motivator to direct action.

I fear for the future of our peaceful civil society whilst this bunch of uncaring, money-grabbing, heartless …people, continue to plunder the planet, ride roughshod over local democracy, label eco protestors as ‘terrorists’, show contempt for refugees, gerrymander constituency boundaries, cut off opposition party funds, threaten free speech, blame the poor and disabled for their plight, restrict access to the law and require trade unions to be more democratic than they have ever been.

These are not ‘one-nation Tories’ – they are one party state Tories wallowing in the pig swill of power. One day the worm will turn: ‘Deeds not Words’ may well become the mantra of ordinary folk once more.

One thought on “The Ritz – A Thinking Man’s Haven”