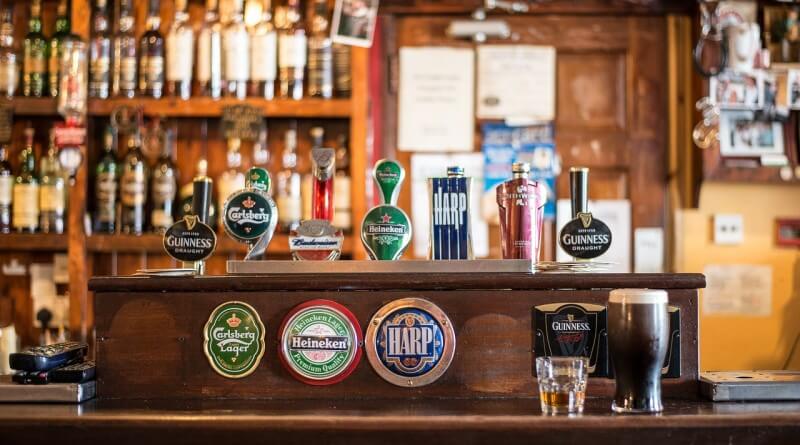 How often do you experience racism in your everyday life? Once a month? Once a Week? Daily?

For me I would say most days. Casual discussions at work on immigration quickly turning sour, as one member of an ethnic minority talks in derogatory ways about the arrival of another into their community. Pro-British Facebook posts requesting I share their image of a golliwog. Snippets of chat on the daily commute. And more recently in some of the pubs I have visited.

Charlie Watson, who has had first-hand experience of racism in local pubs, said:

“Many people think that racism has disappeared these days but as a young black person one finds multiple examples of racist behaviour. Many pubs are no-go areas if one is sensitive about overhearing racist conversations. When challenged, said people are affronted and feel it is permissible to indulge in this behaviour within their own social group.”

“I was in a pub over the weekend and experienced this first hand and could not believe what I was hearing. I cannot stand to hear such small-minded drivel and say nothing and I suggest you do the same. Racism will never die but can be put to near sleep if one stands up for what is truly right and wrong. I believe people over complicate the simplistic fact that we are all humans and all the same when the light goes out. However, the people who see a difference need our sympathy for being so narrow minded. It can be argued that one’s upbringing can be the fundamental cause of racist behaviour. If this is the case, I suggest we enlighten these poor souls with words that will give them a better understanding of racism and how it is not acceptable.”

As reported by the BBC last year, the British Social Attitudes survey found that the amount of British people who admit to being ‘racially prejudiced’ has increased steadily since the year 2000. Despite wide variations around the country the headline-grabbing part of the survey was the suggestion that 30% of British people now admit to being in some way racially prejudiced. Similarly, hate crimes on British railways have increased 37% in the last five years.

But where does this thinking come from? Local psychotherapist, Nick Ratcliff, who has also experienced this kind of racism before, said:

“There’s a kind of assumption sometimes that because there isn’t a person of colour in sight or earshot it’s ok to make remarks that wouldn’t be made if there were. It is sadly that sort of behaviour that is also fuel for the kind of people that ‘Like’ and ‘Share’ Britain First posts on Facebook. It only encourages organisations like Britain First to come to Derby with the pretence they are a Christian organisation, rather than a small roving splinter group of former BNP, EDL and National Front supporters using money given for their poppy type sales activities to fund their “political” activities, railing against Shrödinger’s Immigrants.”

Racism is not always straightforward. What can start off as an innocuous conversation after a few beers can, and has for me, switched mid-way into something that I no longer felt comfortable discussing. In this dilemma I’ll be first to admit I didn’t always draw a line under the conversation when I should have. I can do better. We can all do better. It’s not simply enough to change your local pub to one down the road; at some point the issue must be confronted.

Tackling racism is a continuous process. When you look back at our post-war generation, at stereotypical sitcoms of the 70’s and the Brixton riots of the 80’s it’s easy to congratulate ourselves on how far we have come. If only it were the case that in this brave new multicultural Britain all were all welcome and treated as equal regardless of ethnicity. The everyday reality of the situation couldn’t be further from the truth. Racism hasn’t been stamped out. If anything we’ve become too complacent about it in the UK.

There’s no easy solution. What is required is education, unity and a collective effort to challenge negative attitudes towards race. Racism pulls apart everything that makes British society so successful, it divides us against each other, fuels violence and humiliates others – dehumanising people as we have seen during the recent debate on immigration.

It takes a lot to stand up to your friends, to the regulars in the pub, to your work colleagues and family members, but stand up we must. Is it easier to say nothing? Of course, but when we say nothing we are complicit in allowing racism to happen. When you laugh along with that joke in the pub or casually share that post on Facebook you embolden those making the comments. By staying silent, by not challenging those around you, you allow racism to spread and be normalised.

One thought on “Editorial: Doing Nothing isn’t enough. It’s Time We Stamped Out Racism From Our Pubs.”