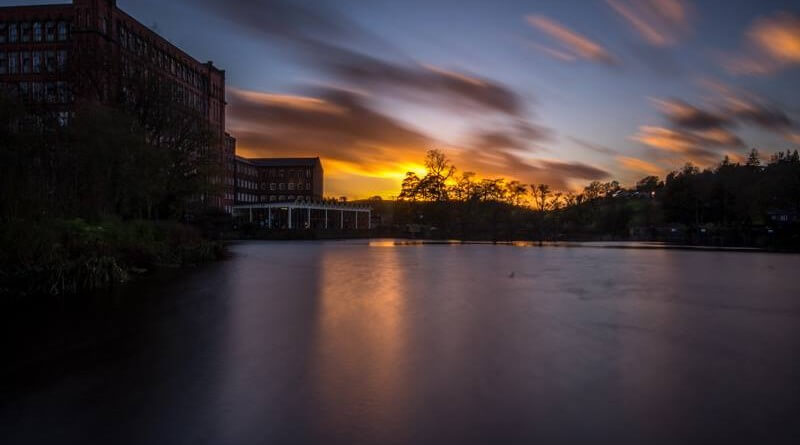 Cllr Chris Emmas-Williams, Labour shadow Deputy Leader, has put a motion to next weeks Amber Valley Full Council demanding the resignation of  Amber Valley Borough Council Leader Cllr Alan Cox after the last minute withdrawal of the Council’s Core Strategy days before it was due to go before an Inspector

The Amber Valley Core Strategy, which sets out a spatial strategy and key planning policies for development in the Borough until 2028, was originally submitted to the Secretary of State on the 20th December 2013.

The Local Plan covered a wide range of matters from new homes and jobs to retail and leisure facilities, transport and local services, energy and the environment. It aimed to make sure the new homes, jobs and services required by communities were located in the most sustainable places. It also sought to deliver the infrastructure, facilities and other development required to make this possible. In addition, the plan was to identify strategic sites where the Council could expect the most significant developments to take place.

Cllr Emmas-Williams said: “After what has happened with the local Plan we have no confidence that the current leader of the Council can deliver an acceptable local plan which will be passed by the Inspector. Since 2008 Cllr Cox has been involved in this process in some capacity either as Leader, Deputy Leader and planning chair he has been unable to grasp the seriousness of either the process or his obsession with building only in the eastern side of the Borough away from the area he and his party represent. The procrastination by Cllr Cox since he became leader again last year has cost this Council, and the taxpayers, £95,800 in trying to unpick the proposals that the previous Labour administration left. This is the second time in two years that they have made disastrous decisions to the major planning vehicle for our next generation. When the plan was first presented the Inspector suspended the hearing because of their incompetence and now just when the hearing was due to take place last December they cancelled because the authority could not demonstrate a 5 year supply of housing land and blamed the housing developers. The Tories have buried their head in the sand, removing sites purely on political grounds and despite being told by the Labour opposition that the figures that they were using were unsound since last July they have ridiculed our stance. At the last working party group meeting in early November Labour members once again questioned the 5 year supply numbers as they had changed five times in the last  two weeks and were told by the Tories that they could guarantee with 100% confidence that the figures were accurate.”

“We have returned back to the ‘smoke and mirrors’ game that ex Leader Cllr Bradford used which is disastrous for the planning process and despite the comments by Conservative Cllr Alan Cox  the Borough is now at the mercy of developers who may get applications approved on appeal due to their total incompetence. There is also the potential for the Government to impose sites on the Council because it has not delivered the Core Strategy within an acceptable time frame plus the additional cost between  now and 2018 for which no provision has been made and the loss of £381,000 New Homes Bonus. For that reason I am asking Cllr Alan Cox to consider his position as Leader of the Council, as well as Chair of Planning, because it is through his lack of judgement and blatant political interference in the process that our green spaces are at the mercy of aggressive developers.”

As previously mentioned in Nailed the AVBC has been struggling to deliver the quota of houses required to be built by the Government to cover housing needs. Speaking on the collapse of the Core Strategy back in December, Cllr Cox said: “The Council remains fully committed to establishing an up-to-date Local Plan for Amber Valley, which will provide a robust set of policies and proposals to support housing and economic growth in the Borough, whilst at the same time safeguarding and enhancing the environment. It will not, however, be practical to achieve a demonstrable five year supply, through the identification of further sites for housing development, without re-visiting the overall strategy for housing growth. The process of reviewing the growth strategy and reaching a conclusion as to an alternative approach, including appropriate public consultation and engagement, will take at least 12 months.”