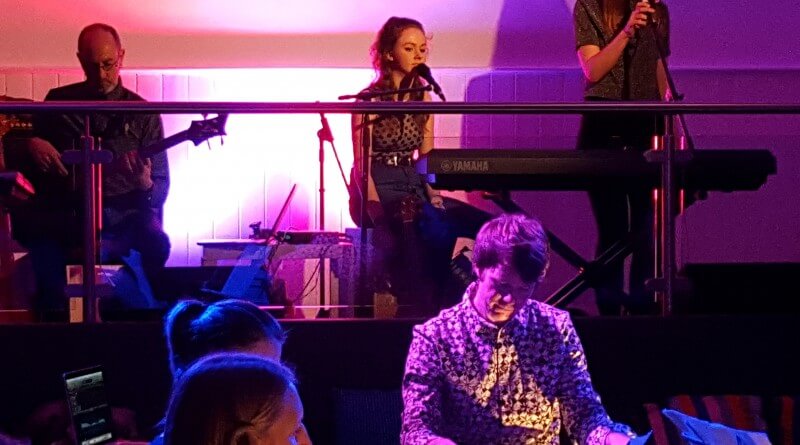 Local composer James Oldrini released his new album ‘Enlighten’ to a sold out audience at No 28 on the Market Place, Belper.

It was standing room only in the small, but extravagant, venue as James played four of his own compositions, accompanied by a string quartet. He said of the night: “The idea was we could all do an intimate gig to wind down after the festive season.”

Expansive, lush and with a flair for the cinematic, Oldrini’s tracks, which were ‘Journey’, ‘Oceans Apart’, ‘Footsteps’ and ‘Circle’ all displayed the composers knack for emotive song writing. Circle, a windswept and swelling number, in particular, seemed to drift straight off the Derbyshire hills and into the room like an eerie ghost. 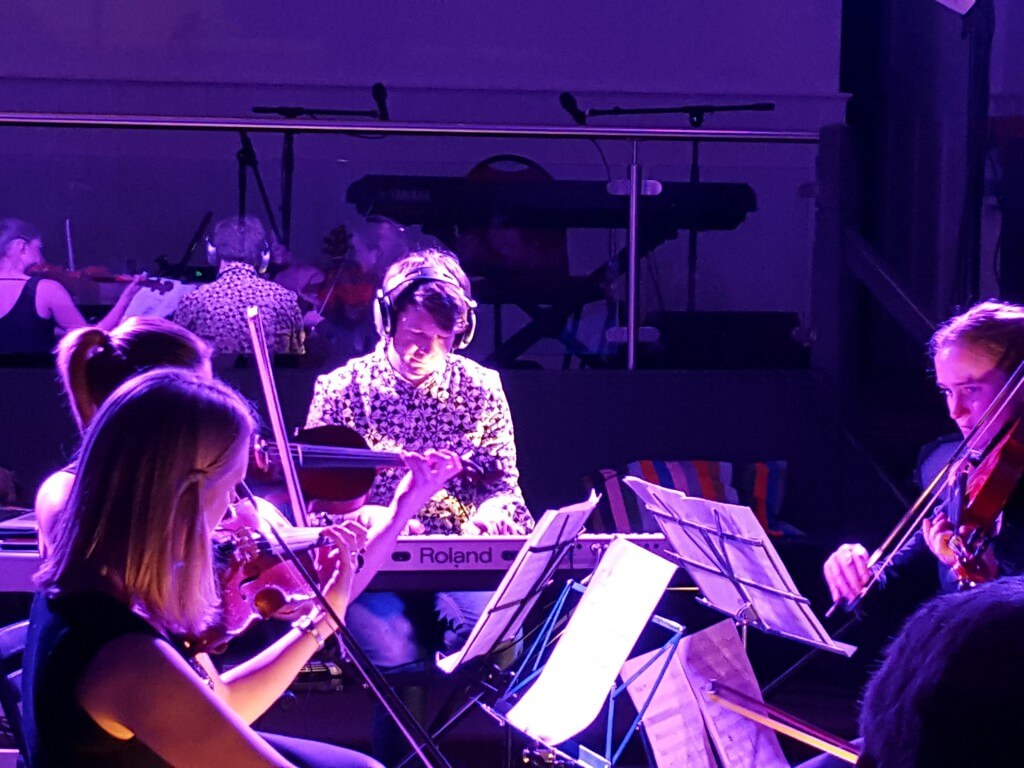 Support came firstly from Gong bassist Dave Sturt, who played tracks from his new solo album ‘Dreams and Absurdities’. Using only looping synths and his bass guitar Sturt impressed with his grand, psychedelic soundscapes. He was followed by local duo Sunflower Thieves, who are Amy Illingsworth and Lily Sturt-Bolshaw; they played through several covers and finished with their own track “She Paints Her Face’.

In total the evening made £300. With all takings on the door going to the international relief charity Aquabox.

All the acts returned at the end to perform a special live rendition of ‘LOVE IS’, the Sunflower Thieves charity single written by James Oldrini especially for the Aquabox charity. Including the proceeds from the single, the grand total raised was £400.

The single LOVE IS is available to download from www.sunflowerthieves.co.uk please leave a donation to Aquabox.