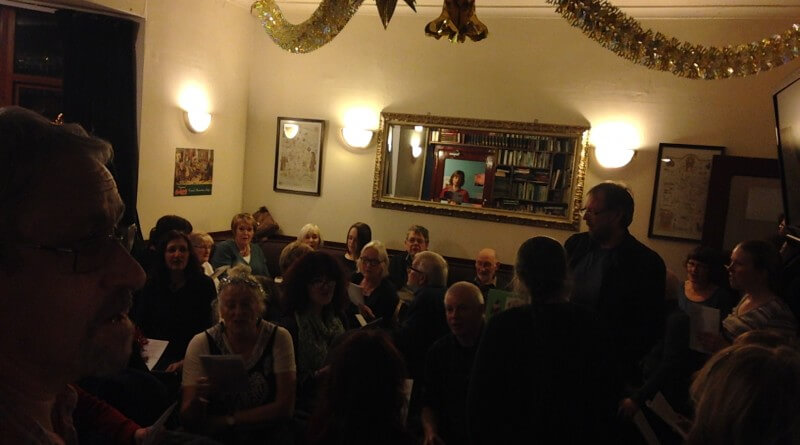 On Monday night, the Nailed staff gathered at the Queen’s Head on Chesterfield Road for their Christmas drinks together and stumbled upon a delightful new tradition for Belper.

The Rough Truffles, a Community Choir from Belper, were gathering the town together to restore an ancient Derbyshire tradition to sing “village carols” in the local pub.

Many villages in North Derbyshire and South Yorkshire have long had a tradition of singing carols around their local pubs. Over time these have developed into distinct local versions of familiar carols,  you can now identify where you are by which carols are being sung and to which tune.

Having previously travelled out to Castleton and Hathersage to join village carol evenings, Rough Truffles thought it would be a great idea to start their own traditional Derbyshire carol event – Mulled Wine and Truffles – at the pub where they meet to rehearse. This year was the fourth time the choir has organised the event, and a packed room enjoyed joining in with the familiar words of ‘While Shepherds Watched’ and ‘Hark the Herald Angels Sing’ set to distinctively local tunes. 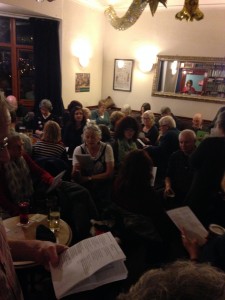 One of their members, songwriter Tracey Wilkinson (composer of the town’s adopted anthem ‘Song for Belper’ and co-writer of BBC Radio Derby’s ‘Derbyshire Anthem’), had even written a carol for Belper, the ‘Belper Wassail’, which contains the names of 15 local pubs hidden in the lyrics.

Rough Truffles Community Choir is led by musical director Beth de Lange and meets on Mondays at 8pm in the Queen’s Head upstairs room. As well as local carols, the choir sings a wide variety of acapella music including songs from around the world, all of which are accessible and taught by ear.

The full version of the Belper Wassail can be found on Soundcloud: