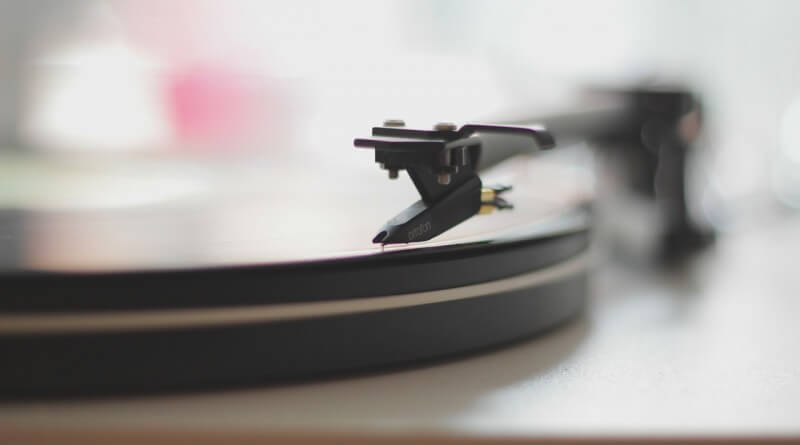 There was a time when charity shops were a joy for the crate digger. A rummage through the record stacks would reveal good quality vinyl at reasonable prices, the result of people dumping their vinyl collections for better quality (LOL) compact discs. This is no longer the case, people now realise the value of those 12 inch pieces of plastic and charity shops themselves have become wise – and now, if anything, tend to overprice their second hand vinyl. As such, it is very difficult to find any real bargains from this source. If the band is fashionable, or is in the category of prog rock (sorry), rock, punk, indie, or if it is a pop album in mono from the sixties by one of the big four, expect to pay a premium price.

I still buy charity shop LPs, but now do so within strict, self – imposed rules; basically I never pay over £2.00 per record. So I confine my digging to the bargain bins, rummaging through LPs by Tijuana Brass, Dionne Warwick, Leo Sayer, MFP collections and lots of easy listening stuff. But the reason I keep going back to this source is that occasionally an LP will stand out – either because it defies categorisation, or because the artist is an “unknown” or because the artist is good but no longer considered fashionable, and this is where LPs that are worth buying can still be found. And what is this…! and for only a £1.00! It is “My Name is Barbra”. One of Barbra Streisand’s early albums, her fifth, produced by CBS in 1965. 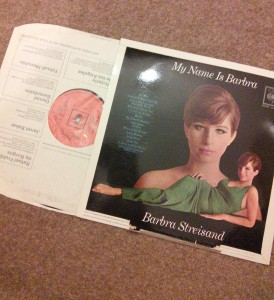 The album is in glorious mono and the back cover is a classic, very redolent of the early 60’s. It is a montage featuring a reclining Barbara Streisand underneath a head and shoulders photo. The cover photo seems to be indicating that she can be mysterious but also coquettish, but, I think, there is also an ironic detachment here – Streisand is playing a role. She knows (the record company knows) she is better than this image allows – and she knows that you know it too, and that is why you are going to buy the album – you are in on the joke too. The front cover is a straightforward picture of Streisand when she was a child, and seems to hint (worryingly) at sentimentality. The vinyl enclosed within is OK, a bit scuffed but no obvious scratches or damage – it looks playable.

But what of the music? Well first of all you think you know what you are going to get; there is going to be a big ballad, a show stopper and a song of unrequited love. But the album surprises. This is a concept album based around songs debuted on Streisand’s USA Television show “I am Barbra”. The first side is about growing up as a child and the second side is about growing up as a woman. So the cover design suddenly makes sense. The first side allows Streisand free reign with a series of songs delivered (thankfully without sentimentally) from a child’s point of view. One of the highlights of side one is the excellent “Sweet Zoo” (a child’s account of a funny dream) the song showcases Streisand’s ability to do comic patter and it is a master class in comic delivery and timing. Side two is Barbra on a big stage and you have to admire Streisand’s mastery of tone and phrasing, especially on classics like Gershwin’s “Someone to Watch Over Me”. Of note is her interpretation of “If You Were the Only Boy in the World” which manages to rescue the song from mawkishness, her voice lilting over a bossa nova rhythm. The orchestration and arrangement are excellent throughout and you can tell that a lot of resource has been put behind this album. CBS are giving Streisand the red carpet treatment here and are sparing no expense on their putative star, a strategy which obviously worked – a quick check on google reveals that the album reached no 2 on the US Billboard chart and gained Streisand a Grammy for best female vocalist in 1966.

Listening to the tracks it is apparent that Streisand’s vocals are at the centre of this production, it is refreshing to hear and I have to reflect that a certain directness (authenticity?) seems to have been lost in modern recording techniques where a vocal track can be auto tuned, pitch corrected and manipulated to fit into a studio produced mix. Streisand’s singing on “Why Did I Choose You” is particularly impressive, her voice dramatically soaring over a light orchestral arrangement. There is some sentimentality in the record and not every track is a winner, her version of “I ‘ve Got no Strings (from Pinocchio) can’t supplant Walt Disney’s, no matter how hard she tries. Nevertheless a good find. A quick check on eBay reveals that a mint copy of this album sells for £5. So £1.00 is a fair price for a LP in only good condition (there are audible clicks on some tracks and the inner sleeve belongs to another record) and the charity shop can rest assured that it has not sold this LP too cheaply.