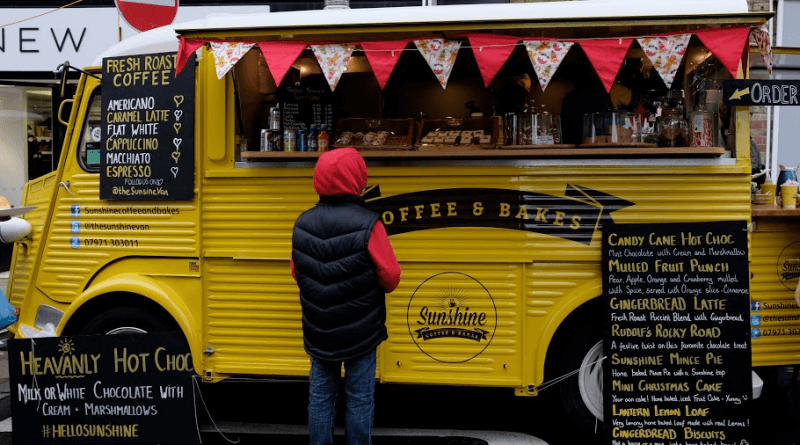 The Army Cadets were looking after the traffic barriers and security and this was our first introduction to the exhibition of local that is the Christmas Fair (whatever they are calling it this year).  Past the road blocks we wonder what is to come….how is it this year?

Actually, this year, it’s brilliant.  There is more choice and more variety than ever before.  There is more art, more difference, more diversity of food, more “why not?” projects and just as much local flavour.

The Mayor’s charity, The Treetops 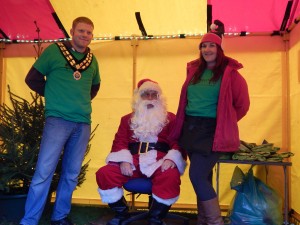 Hospice had its Santa in the Memorial Gardens, offering Santa visits and gifts.  Dan Booth had arranged Santa’s generosity, with the profits going entirely to the Treetops Hospice. We managed to catch them in between very important meetings with the local children. 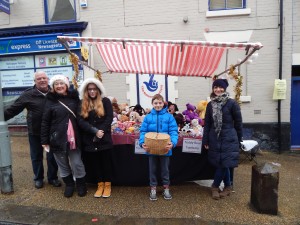 GEM(Greater East Midlands) Connections was raising money for its charity of today with a teddy bear tombola. Next at Intu on Saturday for the Heart Foundation, these Midlands singers, who recently won the National Bronze medal for barbershop, tried to make a difference for those who need it. 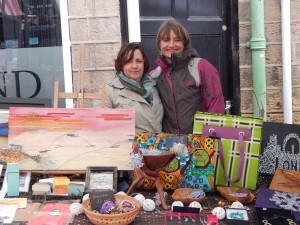 Artists experimented to check out whether they can be popular and make a living of their greatest passion. Susie Archer and Jackie Taylor sold their creations to savvy Belper folk, enhancing the beauty we enjoy.

Beautiful Tarts tried to change the culture of frozen dinners.  Derwent Valley Heritage Centre wanted you to know about what they do and the depth of knowledge they can offer. White Hart Yard wanted you to feed your dog on a bit better quality with its all natural products. Transition Belper want to involve you in changing our small world for the better. 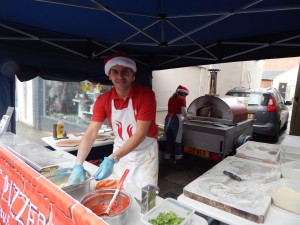 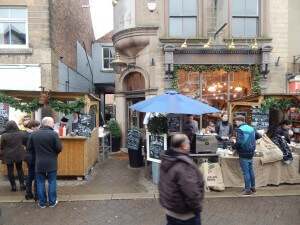 Nourish at No. 44 had busy stalls across the front of their property and Derventio Brewery had sold out by 2pm.  Everyone concluded that the fair was busier than ever, despite multiple town fairs occurring on the same day. 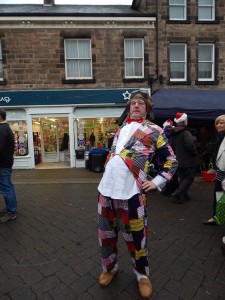 Richard Pipes was frequently mistaken for a street entertainer in his 50th birthday get-up and the Belper Town Wind Band kept us all in carols. 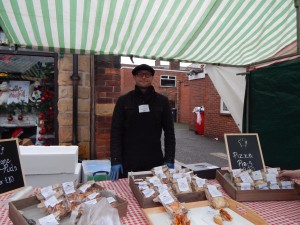 There were many stalls that were on their first trial at the Belper Christmas Fair, with some businesses launching on this day.  Notable amongst these was McDonagh Foods, offering a new take on Italian cuisine. 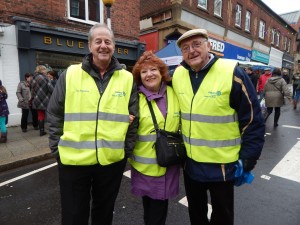 The Rotary kept order and Hope for Belper offered a time out whilst encouraging you to help the helpless with their Street Angel and Food Bank appeals.

That part of us that is special, the foot that steps out where others step back, stood up.  We, as a town, showed creativity, endeavour,  pro-active compassion, drive and hope.  We baked, we brewed, we preserved, we painted, we collected, we organised, we begged, we pleaded, we offered and we included ourselves in the lives of others and exhibited a cohesive, happy whole that rises above the perils and concerns of the modern world.

Belper was stunning this Sunday and the revelry carried on with music nights around Belper weaving their song into the night. 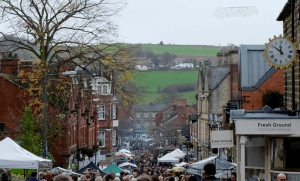