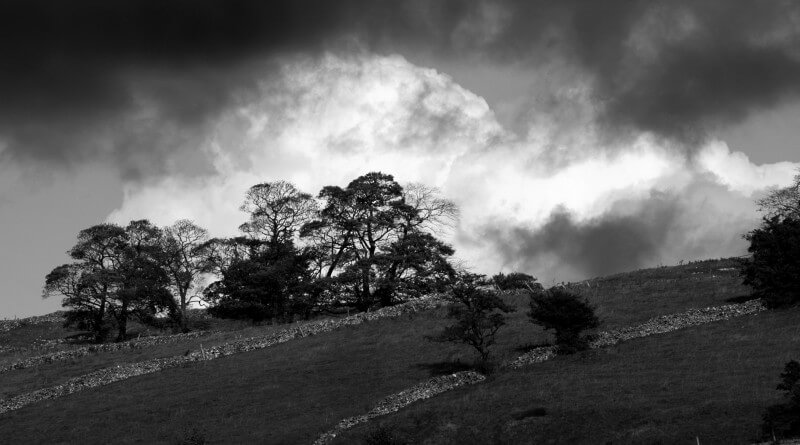 Knowing that Britain was about to be hit by some insane (mid latitude) storms, the Met Office and the Irish Met Éireann decided jointly to start naming our storms.  The plan is that naming the stronger than usual storms will engage the public and raise awareness of the dangers that they pose.  This month we’ve had Storm Abigail, the first ever named British storm and Storm Barney. The decision is based upon observation of benefits created by the media naming storms (eg: the St.Jude’s Day Storm).

Derrick Ryall, Head of the Public Weather Service at the Met Office, said: “The aim of this pilot is to provide a single authoritative naming system for the storms that affect UK and Ireland.

Gerald Fleming, Head of Forecasting at Met Eireann, added: “It may be a cliche to say that the weather knows no boundaries, but increasingly the same can be said for news. When severe weather threatens National Met Services have the significant challenge – above and beyond the technical forecasting challenge – of bringing coherent and consistent messages to the public, to enable effective action in response. Putting names on severe storms helps the public to immediately relate to threatening weather systems.

“As we share a common interest in North Atlantic storms, it makes sense for Met Éireann in Ireland and the Met Office in the United Kingdom to share a common naming system for severe windstorms. We in the forecast office in Dublin look forward to working with our colleagues at the UK’s national forecaster in using this common naming system for severe Atlantic storms, helping us to better communicate impending threats to the peoples of our islands.”

The Met Office used Twitter and other forms of polling to further engage the public.  Consequently, the next slew of storms to hit Britain have been pre-named by the public and will be: Clodagh, Desmond, Eva, Frank, Gertrude, Henry, Imogen, Jake, Katie, Lawrence, Mary, Nigel, Orla, Phil, Rhonda, Steve, Tegan, Vernon and Wendy.  Although some of these might seem rather ordinary there are a few literary references in there including Harry Potter’s Uncle Vernon, Hamlet’s mother (Gertrude) , Peter Pan’s best friend (Wendy) and an original Doctor Who companion (Tegan). Rejected names included: branch wobbler, trunk trembler, root ripper, Armageddon and Zebedee.

The naming of storms follows the example of the World Meteorological Society which maintains a six year naming plan for extreme weather conditions.  Storms will be named if they warrant a yellow, amber or red weather warning for severe conditions.

Belper and the rest of Derbyshire are currently on a yellow weather warning, which means that we can expect strong wind with gusts of about 50-60 miles per hour and in exposed areas 60-70 miles per hour.

Storm Barney hit Derbyshire this week and has caused extensive damage to our trees.  More than 30 trees were felled overnight from Tuesday to Wednesday and Derbyshire County Council have been called out to 33 road incidents involving trees which toppled into the road, disrupting traffic and causing road closures.  Nailed is aware of one tree in Belper currently (Thursday) being removed near the rec off Mill Street.

The storm also affected the power grid, with brief blink outs, a total loss of power in Ambergate and the partial outage of Western power Distribution, based in Chesterfield, the damage of which is still being assessed.

In a yellow weather warning there is little risk to life except for the possibility of being underneath a tree when it falls.  But avoid climbing in the peaks and know where your candles are, just in case.