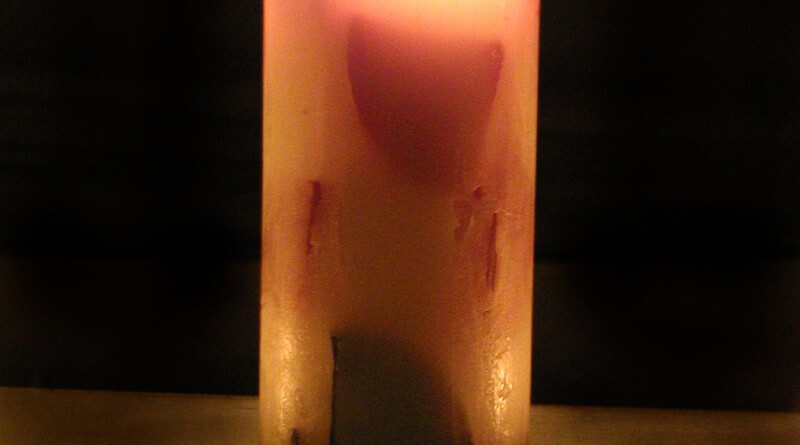 We mostly know Christmas as a cultural midwinter festival where feasts are enjoyed and presents are exchanged.  Beyond that the most common understanding of the festival is that it comes from the Christian religion to celebrate the birth of Jesus Christ.

Then it gets more complicated…

Etymologically (where the words come from) the name is a portmanteau of two Anglo Saxon words, Crist and Moesse – Christ and Mass.  Simple?  Not really.

Christmas wasn’t always and still isn’t celebrated on the same day everywhere. Jehovah’s Witnesses take the line that because it is not possible to determine the date of Christ’s birth from scripture and it is written in Luke 20:19 that he wanted his death to be marked, no birth celebration should be honoured. Within Christianity, Clement of Alexandria (Reign of Severus -193-211 CE) cites 21st April as the correct day to celebrate Christmas and they had another one on the 20th May for the nativity.  In other records, these two celebrations belonged on 29th March and 29th September (the closest to scripture which suggests the 20th day of the 9th month).  A common date that is still used in many forms of Orthodox Christianity is 6th January.  We celebrate it on 25th December because of Catholicism…but also because of Paganism.  In 386CE Pope Julius sent St. Cyril out to find out what the date was and St. Cyril came back with the report that in the West 25th December was the most common date (although the Eastern churches almost wholly used 6th January).  25th December was the date of Midwinter Solstice 2000 years ago.  Now it is usually on the 21st or 22nd because of precession, the movement of the universe which alters the positions of the stars and therefore our calendars.  Christmas and Solstice are the same midwinter festival. Solstice is also known as Yule, which is a name shared with Christmas due to the confusion over dates and history.

The date was dominant as Christ’s birthday because it was dominant for all important people’s birthdays. The Solstice was mystical.  Other figures whose stories were altered late in their own mythology but before the first stories of Christ appeared included Osiris, Mithras, Dionysus, Bacchus and most other local deities who suddenly shared a birthday, were all told to have been born in caves (as is included in an early story of Christ), performed (the same) miracles and were hung or crucified only to then resurrect.  The story and date were given to many men as an honour when they died, including Pythagoras who was notable in bringing this mystery tradition to Greece from Egypt (535BCE).  Gibbon, with a total absence of understanding religious metaphor,  notes in The Decline and Fall of the Roman Empire Vol. 3 “The Romans, as ignorant as their brethren of the real date of his birth, fixed the solemn festival to the 25th December – the Brumalia or winter solstice, when the Pagans annually celebrated the birth of the Sun.” He was trusting Dionysus Exiguss, a Roman Abbot of the 6th century CE, who decided all on his own that 6th January was the correct date. We do still honour that date as Twelfth Night.

There is a lot else about Christmas that isn’t necessarily Christian.  Our trees decked with tinsel come from paganism in the Teutonic Forests of what is now Germany, where The Beastman would gut the kills from his hunt, ready for the feast, and string the entrails up on the trees.  This now gruesome celebration of the feast is a nearly lost legend which few would think to associate with tinsel.  Dogs might enjoy a return to such decorations but perhaps we should stick to tinsel.

Our many varied traditions have grown over the thousands of years that Solstice and Christmas have been celebrated.  From the generosity of St. Nicholas, who merged with the global traditions of gift giving and caring for the poor, to Turkish elves, to stockings replacing the shoes of Norse origin which one would leave out for sweets if one had contributed to readying the feast. We have taken the best pieces of the winter festivals that have been brought to this isle by invaders, immigrants, religion and the wonder of storytelling.  All in all, our Christmas is as mongrel as our genetics are.  It (and we) have pieces of all our neighbouring nations in it, which is something else to be celebrated.

As we think about how to celebrate Christmas this year, or Solstice for the purists, it would behove us to remember the key pieces of the winter festival that link all cultures, all religions and all stories…the sharing, and caring for the young, the old and the poor.  These traditions are universal and came to fruition in the Victorian Boxing Day, the day when the clay poor boxes would be broken open and the money distributed to the least well off.  So as we ask “What do you want for Christmas?”, could we also ask “Who will you help this Christmas?”

Nowadays we are quite Roman pagan in our observance of the whole month as a celebration of culture, food, music, theatre, wine, song, community, family and revelry.  Here are some of the events in and around Belper for you to plan your own Joyeux Noel.

Christmas Events in and around Belper:

“The festive lights will be switched on in the Memorial Gardens at 5.45pm with entertainment throughout the town including Belper Town Wind Band, musical Organ Grinder, Clown, Punch & Judy Show, Fairground Organ, Children’s Roundabout and the Scouts annual Ping Pong Race. Santa’s Grotto and charity stalls.”

“Festive entertainment including Santa’s Grotto, fair ground rides, stalls and music and theatre workshops. The light will be switched on by Derby County’s Ramie at 5.30pm Santa arrives at 4.30 pm and local schools will be performing plus other entertainment.”

“The Christmas lights will be switched on at Milford Triangle at 5pm by the Mayor and Santa with local children singing at the event followed by mince pies at the Social Club.”

A fun look at Christmas for all the family. Friday 4th December 7.30 pm

Journey of the Magi is a sparkling production of dance, theatre, song and poetry. It is a family show accessible to all, being fun for the younger ones, thought provoking for the adults – and will encourage those unaccustomed to dance to come along.. Entertaining, powerful and compelling, Journey of the Magi is back – and it’s as festive, witty and poignant as ever.

This is a fun and free activity session for all children of primary school age.  Please contact Carole Page on 01773 824974 for further details.

A family celebration of Christmas with the York Community Gospel Choir as special guests and input from the community in Belper.

“Come along and enjoy a range of food from local producers, taste a huge range of products on sale and perhaps buy a few Christmas goodies. It is a perfect day out for food lovers. Entrance is FREE.”

Speaker Mark Phillips “Between the Raibows” and Entertainment by Sarah Sheldon

Kiss away your Christmas cares with festive songs new and old from the pen of BBC Folk Awards 2015 Nominee Jez Lowe. For the past six years, Jez Lowe has been selling out venues across the country with an annual Christmas show. With his multi-talented band The Bad Pennies, (featuring fiddle, Northumbrian pipes, keyboards, guitar, bass and voices), plus special guest, folk balladeer and actor Benny Graham, Jez has put together a unique take on Christmas in the North, part folk concert, part music-hall revue, with songs, humour and music done the way only Geordies know how, but with plenty of attraction for audiences further south, as sell-out crowds and return performances from Surrey to Northumberland can testify. ‘Jez Lowe is one of our finest songwriters’. BBC RADIO 2

“The annual carol service will commence with a candlelight procession from St John’s Chapel at 7.45pm down to the Market Place with Carols from 8pm.”

Please see the raft race page for details of how to enter.  Find a river view to watch them fall in the freezing water.